Over time we have learned that just a few principles lie at the heart of any person or organization achieving its objectives.  Applied as management principles, they form the foundation of the KGK Way and the financially measurable wins that we deliver.
Be Purposeful
Be Informed
Be Accountable
Be Purposeful

Enduring success comes from knowing who you are, where you are going, and how you will get there.  While strategy is often simpler than execution, strategic action is essential to creating a more personally fulfilling and financially rewarding journey for everyone working toward your company’s objectives.

The value of experience often lies in asking the right questions rather than having the right answers.  The KGK Way applies this principle by using questions to uncover what our client knows, cross-examine what is fact versus perception, and pinpoint overlooked profit opportunities within our client’s raw data.

KGK was founded on the belief that consultants should be accountable for the client’s financial return on partnering with them.  We deliver on that promise by beginning with measurable objectives, measuring and reassessing the likely outcome of our joint endeavors, and having the courage required to speaking truth to our client’s power when it is needed most.

Industry and Privately-Held Experience That Matters

KGK is becoming the go-to option for businesses who have long-considered consulting a “cost center” rather than a “profit center”, particularly in the following sectors where we know the industry structure, business models, operating norms, and customer dynamics.

IT and Professional Services

In many ways, I found religion within their thinking and came to believe that if you give people something they truly need, you can get the world to show up at your door.

That’s where my infatuation with business took-off and why 15 years ago, I jumped at an opportunity to become an IT consultant in Chicago. During my first week on the job, my company’s management was fretting over the best way to handle an unhappy client in the midst of a staffing pinch. I volunteered to step in and two days later, I was on the earliest flight to Atlanta. By the end of the day, the project was back on course and the client was happy once again.

With that dramatic early success, my career advanced quickly. However, as I came to understand the inner workings of the professional services industry, I grew disillusioned by the guesswork that many business decisions were based upon. An executive’s experience is valuable, but most businesses have too much activity and complexity to make decisions based on experience alone. I became convinced that this illogical thinking, which Warren Buffet dubbed “the institutional imperative”, wasn’t what businesses needed.

Then, a key client that I had spent years cultivating into one of my firm’s largest, asked for my replacement with someone who “advocated for their decisions”. Although I was reassured that philosophical differences were not a reflection of my abilities, I fell into a deep crisis about whether I had chosen the right career. IT services was a growing and prosperous industry, but my belief to provide what was truly needed seemed increasingly at odds with the industry norm. It was time to chart a different course.

When I launched KGK & Company, I continued my work in revenue-side business improvement, but I didn’t have a clue how to evaluate the weightier issues I suspected were holding back my client’s success. Still, I was determined to figure it out. Fate connected me with Jed Jacobs, who had recently retired after 40 years as a CEO, CFO, head of sales, and turn-around consultant. He became my mentor and trained me to think like a CEO – strategically, financially, and aware of all moving parts within a business. He also taught me his method, which he had meticulously refined over his career, for comprehensively reviewing a business and pinpointing where it can extract more earnings.

When the opportunity finally arrived to try out this new approach, I was blown away by the results. The 50-year-old business, which had always steadily grown, had stopped growing in the past 2 years. By connecting the trove of information buried within their company, we proved why revenue had stalled and designed a roadmap for emerging from their no-growth funk. On top of that, we uncovered how contracting practices were unnecessarily costing them $2M per year! Quite a feat given their pre-tax profit was already an impressive 32%.

None of my earlier work could come close to touching the type of value we had just delivered, and I knew that my future lay in applying this new ability. Over the course of the following year, I designed a consulting service based upon Jed’s methodology (the PRISMTM Business Review) and transformed KGK into a firm that gives companies a way to make more informed, and far more profitable decisions.

Today we are quickly becoming a pre-eminent resource for business owners and savvy executives who are tired of wasting energy on low-return investments and are ready to make more informed decisions about their best path to earnings growth. 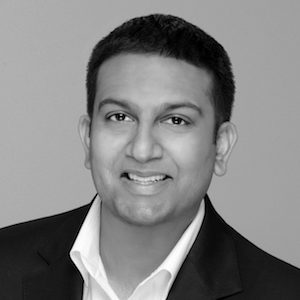 The Genesis of KGK & Company

By 2012, Kanhai had forged a reputation as a star customer relationship management (CRM) and growth strategies consultant. Despite this success, he was frustrated by how many business initiatives lacked measurable objectives and due diligence that validated the effort was the best use of the client’s resources.

While his peers considered this an “unfortunate norm”, Kanhai saw a tremendous need for consultants who ensured their work was profitable for the client, not just the consultancy.

Beginning in 2013 with a commitment to do work that delivers tangible value, The KGK Way has emerged as a way to maximize the value a client receives, typically delivering ROI within 6 months and a 10 times return over the effective life of our work.

Preview The Value KGK Can Provide You, Risk-Free

Learn How It Works